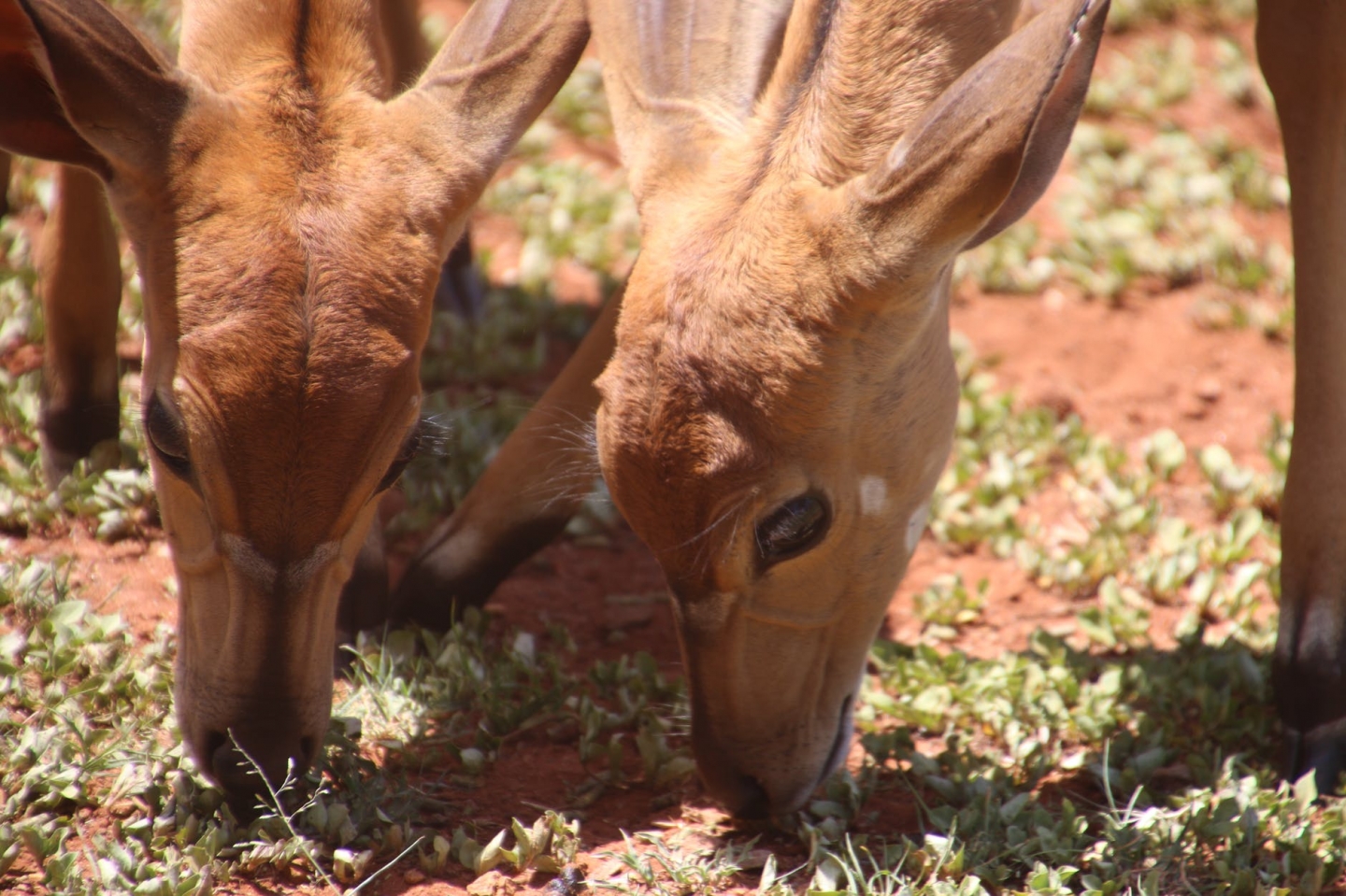 Not long before she died in 1988, in a moment of surprising candor in television, Marghanita Laski, a well-known secular humanist said, “What I envy most about you Christians is your forgiveness; I have nobody to forgive me.”

Imagine if you had no one to forgive you.  What if every spiteful, hateful thing you had ever said, thought, or practiced remained on your head forever.  Everything you ever said in anger that injured another.  Every act that betrayed a friendship. Every single sin!

There are, of course, rules and guidelines that God has put before us.  He does not want us to ignore these rules.  His intentions are for us to follow them exactly as laid out.  He has moral and ethical guidelines.  Jesus gave us many examples through His own life on how to operate in ours.  It is when we fail to follow these rules and guidelines that we sin.  When dealing with our fellow man, most of our iniquities are rarely forgiven.

People who carry the burden of not being forgiven eventually start to show signs of the toll it takes.  Unforgiveness keeps us from our families.  It destroys marriages; it destroys friendships. Healing and restoration cannot start until forgiveness is granted.  But once it is, then we return to these relationships healed and restored. The problem we face, though, is there are rules we have broken and only we know about them.  There are thoughts we have that no one else hears about.  Our secret sins are unacceptable actions that are done when no one sees us.  Where do we go for forgiveness then?  How can we be free of the guilt?

There’s a true story of a father and son in Spain who became estranged.  The son ran away, and the father set off to find him.  He searched for months to no avail.  Finally, in a last desperate effort to find him, the father put an ad in a Madrid newspaper.  The ad read: “Dear Paco, meet me in front of this newspaper office at noon on Saturday.  All is forgiven.  I love you.  Your Father.”  That Saturday, 800 Pacos showed up, looking for forgiveness and love from their fathers.

In his first universal epistle, John wrote:  “If we confess our sins, He is faithful and just to forgive us our sins and to cleanse us from all unrighteousness.”  Just like Paco’s father, God desires to forgive us.  And just like Paco, many of us have run off.  Countless people carry so much guilt that they believe there is no way to return home to God.  Some of us carry such a heavy load.  Our lives are affected in a terrible way.  Feeling lost with no hope for forgiveness, we just live for today.  Live fast, live hard and die young; and why not?  After all, there is no way God can forgive someone like me.

“If My people who are called by My name will humble themselves, and pray and seek My face, and turn from their wicked ways, then I will hear from heaven, and will forgive their sin.” - 2 Chronicles 7: 14

God loves all of us.  And if you have accepted Christ’s sacrifice then you are indeed called by His name.  God’s offer here is for all who are His.  He has a track record of compassion.  All through the Bible we see God as He compassionately and with great love and patience gives His children chance after chance to return to Him.  I particularly appreciate the story of David.  The one whom God said was a man after His own heart.

It happened one evening that David arose from his bed and walked on the roof of the king’s house.  And from the roof he saw a woman whose name was Bathsheba bathing, the wife of Uriah, and the woman was very beautiful.  So David sent messengers, and took her; and he lay with her, and the woman conceived; so she sent and told David, and said, “I am with child.”

So he sent for Uriah hoping he would lay with his wife and so be able to hide this sin.  But Uriah would not go inside his house because his troops were still on the battlefield unable to be with their families and he did not think it would be fair to them.  David even tried to get him drunk but still Uriah maintained his integrity.

So before sending him back to the field he had him carry a message to his general directing the commander him to place Uriah at the forefront of a heated battle and then withdraw from him.  So Uriah unwittingly carried his own death sentence, and then was killed in battle because King David ordered it.  Then David was able to marry Bathsheba.

How many here this morning have committed adultery and then arranged for your lover’s spouse to be killed?  Probably no one.  Even here God shows mercy and compassion.  But the key to God’s forgiveness is David’s repentance.  When we bear guilt in our lives, we are not much different from King David.  To be released from that guilt, do as David did.  Go to God in confession.  Admit the sin in your life.  Ask for forgiveness.  Repent and sin no more.  Then, let it go.

I tell you that once God Himself has forgiven you, you are forgiven indeed.   Forgiveness means removing the punishment due to sinful conduct, the deliverance of the sinner from the penalty divinely and righteously imposed.  Secondly, such remission is based upon the sacrifice of Christ.

Although you have committed a grievous sin, once God has forgiven, the punishment is removed, and your record before God will be erased.  There will remain no lingering memory of your failing for God to call back up.  “For I will be merciful to their unrighteousness, and their sins and their lawless deeds I will remember no more.” Hebrews 8:12

One of the hardest things for people to do is to forgive themselves.  They will say that they believe that God has forgiven them, but when we talk later, I find that they are still struggling with the same old problem.  How many would argue with the court if the judge forgave you and set you free?  Would you go back later and asked to be tried again?    Why then do we insist on carrying the guilt from which God has set us free?

A girl named Christina wanted to leave her poor Brazilian neighborhood to see the world.  At home having only a pallet as a bed, a washbasin, and a wood-burning stove, she dreamed of a better life in the city.  One morning she ran away, breaking her mother’s heart.  Her mother knew what life on the streets would be like for her young, attractive daughter, so the mother quickly packed to go find her daughter.

On her way to the bus stop, she went to a drugstore and spent all the money she could on pictures of herself.  With her purse full of small black-and-white photos, she got on the next bus to Rio de Janeiro.  The mom knew Christina had no way of earning money.  She also knew that her daughter was too stubborn to give up. Mom began her search.  Bars, hotels, nightclubs, any place with the reputation for street walkers or prostitutes.  At each place she left her picture taped on a bathroom mirror, tacked to a hotel bulletin board, fastened to a corner phone booth. On the back of each photo she wrote a note.  It wasn’t too long before Maria’s money and pictures ran out, and she had to go home.  The tired mother cried as the bus began its long journey back to her small village.

A few weeks later, Christina was coming down the stairs of a seedy hotel.  Her young face was tired.  Her brown eyes no longer danced with youth but spoke of pain and fear.  Her laughter was broken.  Her dream had become a nightmare.  A thousand times she had longed to trade all those countless beds for her secure pallet, yet the little village seemed too far away.  As she reached the bottom of the stairs, her eyes noticed a familiar face. She looked again, and there on the lobby mirror was a small picture of her mother. Written on the back her mom had written this:  “Whatever you have done, whatever you have become, it doesn’t matter.  Please come home.”  And Christina went home.

God is the same way.  He wants us to come home.  It doesn’t matter what we’ve done.  It doesn’t matter what we’ve become.  We can always come home to Him.  It is like the mom reaching out for her daughter even when her daughter didn’t realize it.  It is like God reaching out to us while we are living a life of sin and we are lost and yet, Christ is there...reaching....longing...desiring to bring us home.