Eternal be his memory 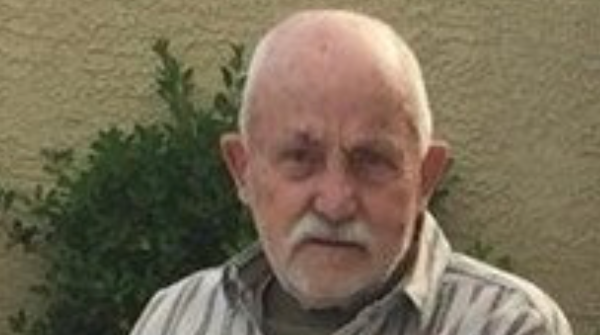 Born the second of three sons to Robert and Elizabeth (Carter) Welsh on June 11, 1937, Don Welsh spent his childhood in Denver, Phoenix, then Boulder City, NV, where he met Joan Whittington. He attended C.U. Boulder, where he joined ROTC and competed on the swim team while pursuing a dual degree in Electrical Engineering and Business. He and Joan were married in Boulder City, NV in 1960, and shortly after graduation he attended Air Force Pilot Training in Chandler, AZ. His sons Joseph and Brian were born in 1962 and 1963, while he and Joan lived on bases in Chandler, AZ and Reno, NV. He was deployed to Vietnam in 1964 to fly rescue helicopters, earning a Silver Star for making one of the first rescues of a downed pilot in North Vietnam. He returned from Vietnam in the fall of 1965 and left the Air Force in 1967, the year his daughter, Jennifer, was born.

The family moved back to Boulder, CO, where Don worked for the National Bureau of Standards before taking a position as an engineer with the Adolph Coors Co. in Golden, CO. He and Joan raised their children to appreciate all the Rockies had to offer with numerous trips into the mountains to ski, hike, bike, and fish. He loved and maintained the family’s cabin in Buffalo, CO, where generations have gathered since the late 1800s.
He was divorced, then married Carolyn (Fenimore) Montgomery in 1982, welcoming stepsons Kevin, Eric Michael, and Joshua Montgomery to his family. He retired from Coors in 1995 and soon after moved to Norwood, CO, where he and Carolyn worked for the local school and enjoyed being back in a small community. Don was grounded in a strong faith through the Orthodox Christian church, and he and Carolyn found deep fellowship as founding members of St. Luke’s Antiochian Orthodox Church in Erie, CO and later as members of St. Andrews Orthodox Church in Delta, CO and Holy Apostles Orthodox Church in Cheyenne, WY.

In 2016 Don and Carolyn moved to Laramie, WY to be closer to family. He spent his last few years exchanging visits with his brother, Myron, and their extended families and enjoying the company of his youngest grandchildren.

Lover of western backroads, stray cats, and loyal dogs, Don was happiest on a porch surrounded by friends and family. He enjoyed anyone else’s cooking, would try his hand to fix anything, could strike up a conversation with anyone, and could tell you exactly what the weather was doing wherever his kids were living. He put neighbors before politics and has left a legacy of family and the joy of a well-lived moment that will endure. He will be deeply missed by so many. Holy Apostles Staff Writers are contributors from within the Orthodox community in Cheyenne, Wyoming who share event postings and photographs which are posted on this blo...[more]
“Our mission is to share Orthodox Christianity throughout Cheyenne and southeastern Wyoming. We do this by actively sharing the teachings of our faith, positively impacting the community through our charitable work, and enhancing the spiritual growth of our members.”

Holy Apostles Staff Writers are contributors from within the Orthodox community in Cheyenne, Wyoming who share event postings and photographs which are posted on this blog in order to enhance the online experience.